The Chest of Rage is a Cursed Treasure Chest in Sea of Thieves. It boils with rage until eventually exploding with a burst of fire. 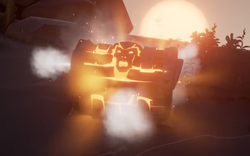 The Chest of Rage heating up.

The Chest of Rage explodes after overheating.

If left unattended, the Chest of Rage will start heating up, eventually glowing and steaming and ultimately explodes leaving large swathes of Fire around it, damaging any Creatures or Player Pirates, Gunpowder Barrels and Ships in range. It takes 2 minutes for the chest to go from its dormant state to exploding.

The Chest will heat up faster when sustaining damage. Continuously hitting the chest with a Cutlass will make it explode in just 10 seconds.

The explosion can be delayed by cooling the chest using water such as by dropping it in the sea, filling a ship's hull, bailing water on it with a Bucket, etc.

Where to Find?[edit | edit source]

Chests of Rage can be found from the following sources:

Rage Chests can be sold to:

The following is the reward chart for sold Rage Chests: 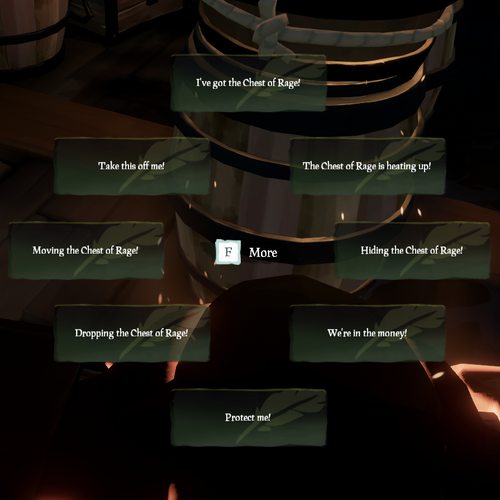