The Chest of Sorrow is a Cursed Treasure Chest in Sea of Thieves, that leaks water during periods of uncontrollable sobbing. 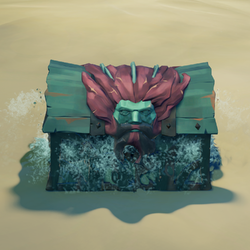 The Chest when it's crying. 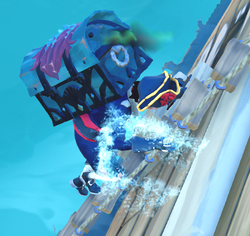 The Chest's effects can be negated while on the side Ladders of the Ship.

The Chest of Sorrow will periodically start crying, leaving a puddle of tears around it that, if left unattended on a ship, can quickly flood and sink the Ship. Its sobbing is very loud, making Chests of Sorrow easy to locate when nearby. The periods between, and duration of its sobbing vary.

To prevent the tears from sinking a ship, players must bail the water with buckets, or remove the chest from the ship.

The flooding can be used as a tactic to sink another Crew, or Skeleton Ships, by placing it on their ship.

Chests of Sorrow can be found from the following sources:

Sorrow Chests can be sold to:

The following is the reward chart for sold Sorrow Chests: 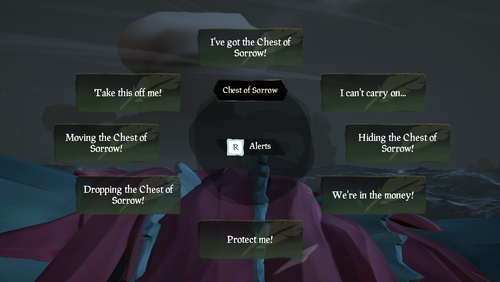