Crescent Isle is a Large Island located within the region of The Shores of Plenty at coordinate B-9.

The island is named for its crescent shape, featuring a large bay with a dock to its north, and a cave system cutting through its center, branching off into both the north and south.

To the wooden bridge where there is no sky, now raise ye lantern, raise it high 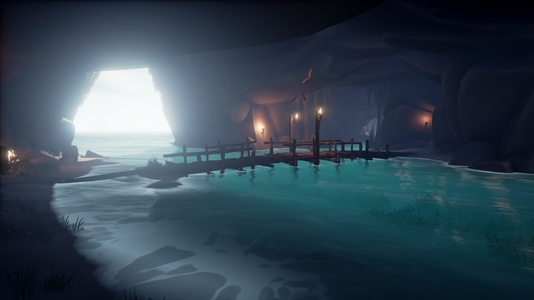 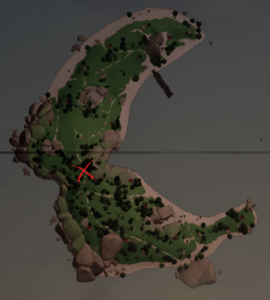 Find the rowboat shooting range to the North East, keep a weather eye, 8 paces West your shovel now worth a try 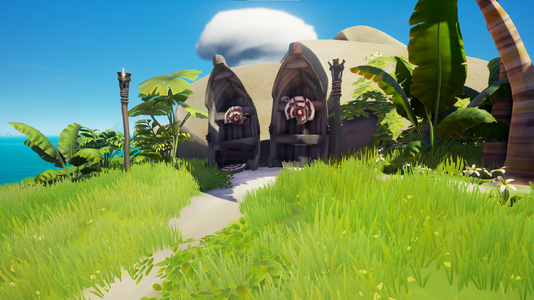 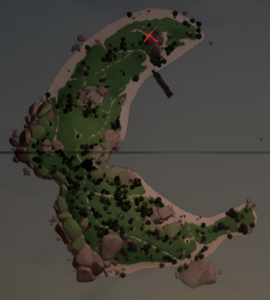 Reading this map a clue you'll see, if at the highest point ye standing be 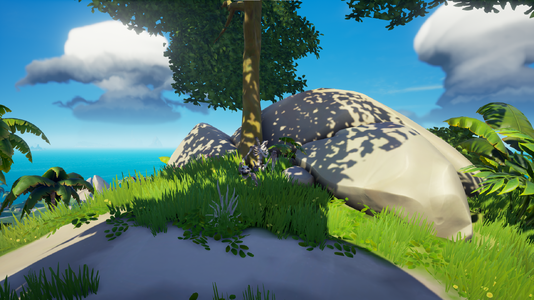 At the three skull totem near the tunnel entrance the treasure close at hand, 6 paces North East dig up the land 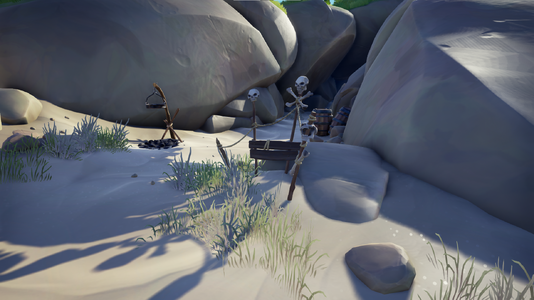