Devil's Ridge is a Large Island located within the region of The Ancient Isles at coordinate P-19.

The island's landscape is mountainous with various levels to explore. It contains an extensive cave system with many entrances, including one through its tall waterfall.

Through the gloom to the boulder crushed explorer ye are bidden, examining this map something else is hidden 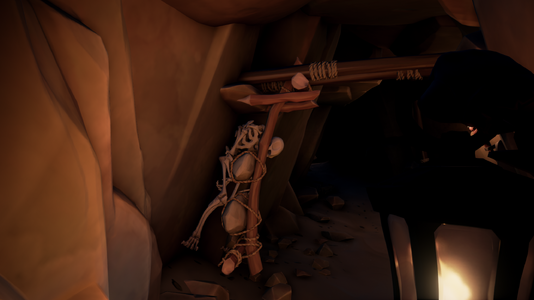 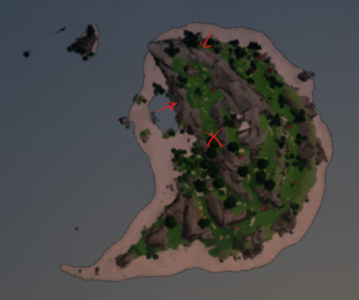 To the cavern opening hidden by tears a secret does belong. Release the knowledge with a song

Make haste you dog there's gold at stake, the Legendary Lone Hunter on the north beach beckons with music make 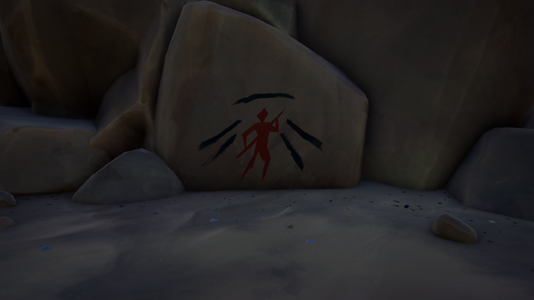 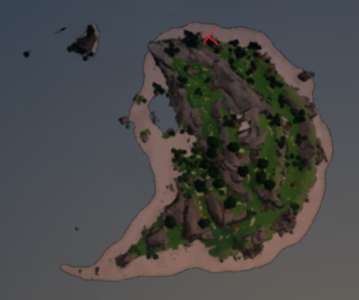 At the sunstone on the North-East shores something is hidden here, read me and it shall appear 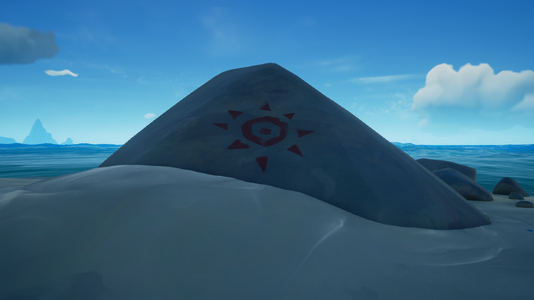 The Impaled Explorer hidden from sun's rays, wait for a lantern held blaze

The monstrous sea legend where the stars are dark, 7 paces North shovel makes its mark

Find the painted spears on the South West beach then take heed, reading this map is what ye need

At the overgrown entrance to the North cave something is hidden here, read me and it shall appear 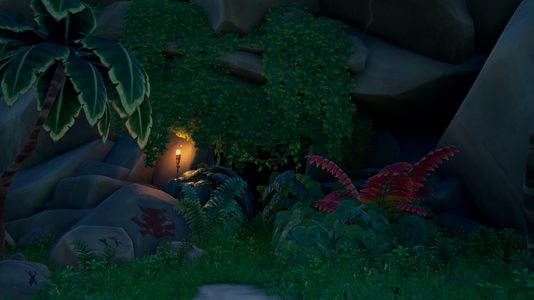 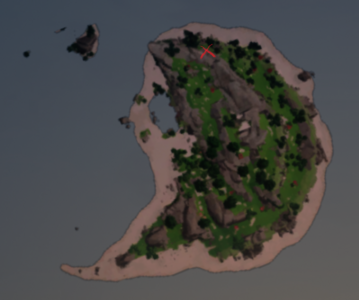 Battle of the Boar

The Battle of the Boar on the South grassy slope holds secrets untold, 7 paces South-by-South East dig a fine hole 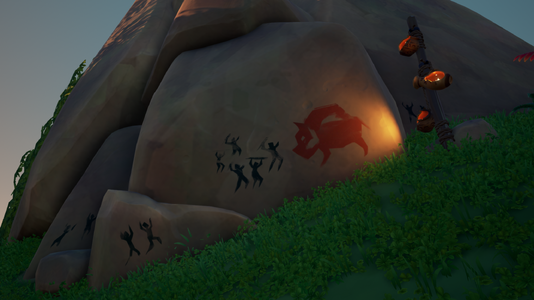 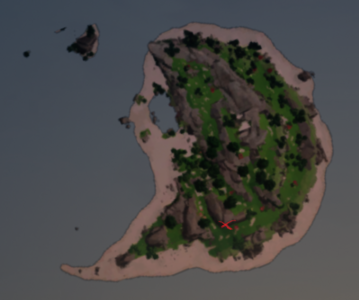 The ancient Kraken chamber cries for glorious sunlight, warm it's heart with tuneful might 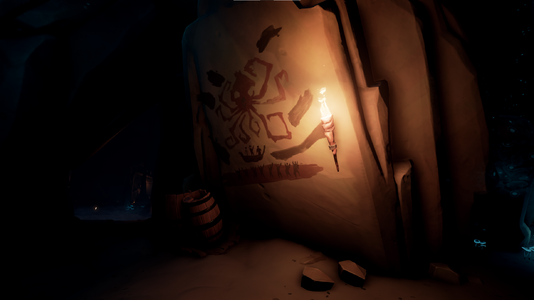 The caged explorer where the stars are dark, 5 paces West-by-North West shovel makes its mark 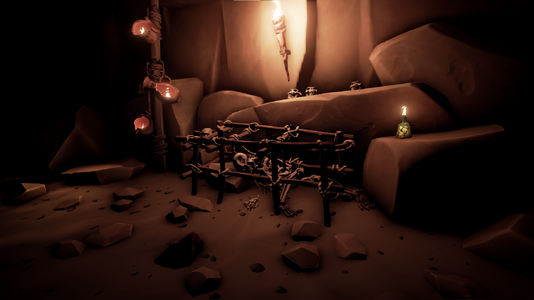