Discovery Ridge is one of the Locations in The Sea of Thieves situated within the Region of The Ancient Isles.

The island is comprised of a mountainous main island to the East and three smaller isles trailing to the West, which contain some shipwrecks. On the main island sit two ammo chests.

The paintings on the island provide some insight into the Mermaids, especially the Curse of the Drowned.

Seahorse on the East Beach

You need help, a clue I'll grant thee, seek the Seahorse on the East beach and solve with shanty 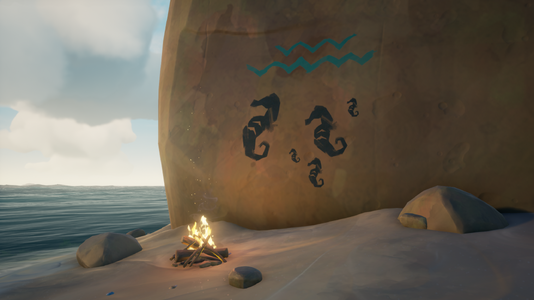 Watcher made of stone on the highest cliff

Find the watcher made of stone on the highest cliff, you salty dog, 9 paces East-by-North-East, have a dig and then a grog 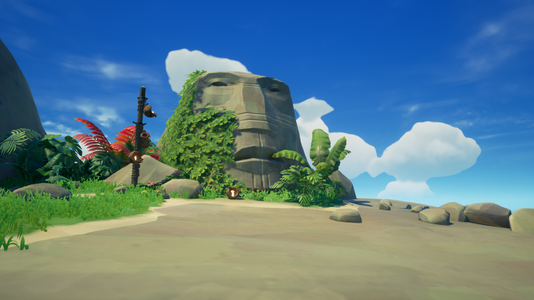 Dawn of the mermaid on the West beach

The checst is close at the Dawn of the Mermaid on the West Beach, but you're not alone, dig 9 paces South-by-South West grab it and run