Start a Wiki
watch 01:03
Sea of Thieves Short Haul #1: Instruments
Do you like this video?
"Arrggh, thar seems to be somethin' missin', matey..."
This scroll is still a stub. You can help us by expanding it.
Instruments are cosmetic items that can be equipped by characters in Sea of Thieves. Instruments can be used to play music together while sailing or exploring nearby islands. If multiple players are playing their instruments in the same vicinity, they will automatically sync together.

Players who are drunk off Grog, will play poorly or out-of-tune until they become sober.

Snakes can be charmed into a trance by playing nearby, preventing them from attacking. 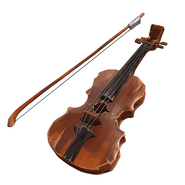 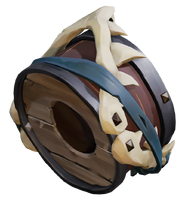 Bugs been discovered involving the instruments. First off, shanties lower in audio when standing at certain points on a ship, and secondly, a set of steps can be taken to have a silent shanty. First, start playing a shanty. Then, do a task that overides it, such as climbing a ladder, but do not stop holding down the shanty button. Finally, stop doing said action while still holding the shanty button. The player will appear to keep playing the shanty, but no music will play. It is unknown if this has been patched.

Retrieved from "https://seaofthieves.fandom.com/wiki/Instruments?oldid=5587"
Community content is available under CC-BY-SA unless otherwise noted.