Kraken's Fall is a Large Island located within the region of The Wilds at coordinate R-12.

This island is a large twisting multi-leveled island with two mountains and two coves, with the skeletal remains of various Krakens littered along its land. The north and south mountains are bridged together by a narrow, naturally formed bridge. The island's shorelines are surrounded by numerous sea rocks.

To the poisoned pirate by the murky pool ye should wander, with instruments to play a number 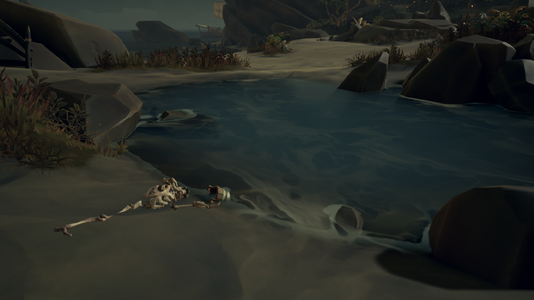 The X on the Shores

Reading this map a clue you'll see, if at the X on the shores of the East bay ye standing be 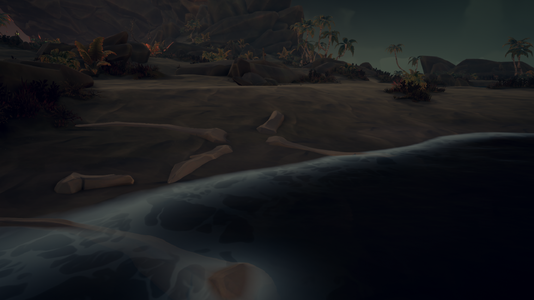 At the tattered flagpole looking out to the North seas the treasure close at hand, 6 paces West-by-North West dig up the land 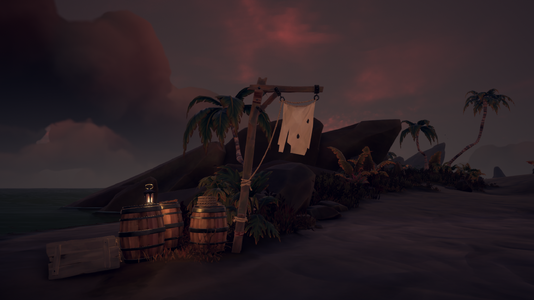