Back to page
Edit

In addition to the physical locations listed below, the Ferry of the Damned is a ghost ship seen only by players who die. Players are transported here while they await respawning. 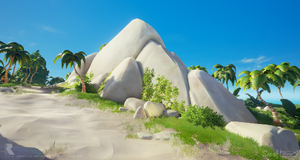 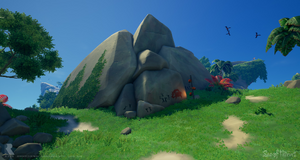 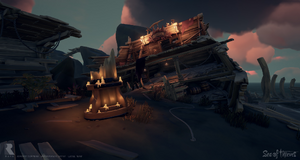 The Sea of Thieves map is divided into four regions. Each region is intended to have its own distinct theme and feel.

Shipwrecks are uncharted and spawn randomly at predetermined map locations.

Some locations are uncharted and unnamed:

Rock formations jutting out of water, which cannot be explored on foot:

Introduced in the Forsaken Shores, Sea Volcanoes are large rock formations within the Devil's Roar that erupted once in while, making sailing and navigating through the Devil's Raor treacherous.

"Beyond the edge you may stray, a fateful end if you stay..." - Loading Quote

The Devil’s Shroud, also better known by its community given name The Red Sea, is an area outside the border of the main map in Sea of Thieves. Any Ship that dares to sail off the edge of the map soon find themselves in peril. The environment starts to become dark and ominous with black clouds appearing that blackout the sun, as the sky and the sea themselves become as red as blood. Soon haunting and eerie sounds can be heard as your ship begins to break apart and sink. Increasingly severe, spontaneous holes will appear in your ship's hull.

In the Sea of Thieves Lore/Art Book the Devil’s Shroud is described as an ominous grey fog bank surrounding entirety the Sea of Thieves. Anyone who enter this becomes disorientated and will end up lost within the fog, while the fog slowly dissolves all not-living organic matter and man-made materials that it touches. Also it apparently protects the world of Sea of Thieves from something no one knows what and no one will ever know