Mermaid's Hideaway is a Large Island located within the region of The Shores of Plenty at coordinate B-13 and C-13.

This island contains a secret underwater cave underneath the island with an ancient statue inside. One way to enter this cave is to find the hidden mining shaft in the middle of the island and jump or climb down the ladder.

There is one cannon in the middle of the island. 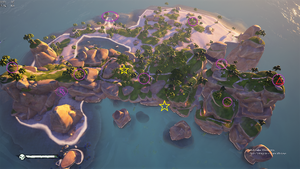 On this location there is a hidden underwater cave marked by a yellow star.

At the caged prisoner's remains to the South a secret is known, if ye hold a light high a clue will be shown 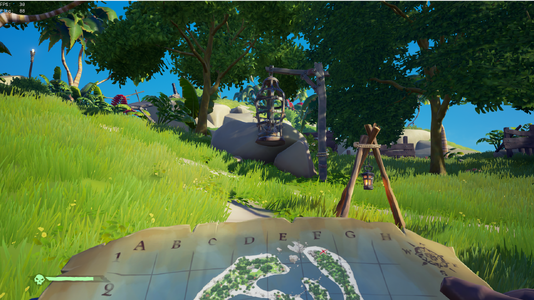