The Ocean Crawler is an enemy type that can be encountered in an assortment of types on islands, and in the A Pirate's Life Tall Tales.

Created by the Sirens, the Ocean Crawlers are designed as servants and soldiers, fighting where a Siren's fin can't travel. They were also responsible for the construction of the Sirens' home, the Sunken Kingdom.

An Ocean Crawler is created through the transformation of a captured Human using a Siren Gem which bestows the victim with enhanced strength and abilities[1]. The Siren Queen believes they provide them with purpose. 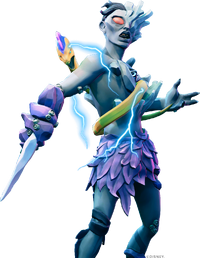 The Eel-ectric is a ranged, fast-moving Ocean Crawler that uses electricity to stun its foes, and can be identified by the electric eel wrapping through its body. 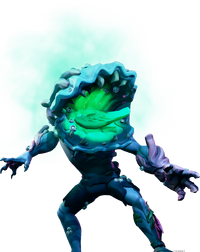 The Hermit is a charging Ocean Crawler with a tough shell that can emit a poisonous cloud damaging players and creatures in its immediate vicinity. 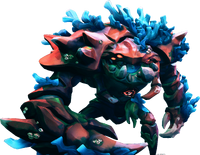 The Crab is a slow-moving brute with a strong ground-shaking slam attack and a Coral Shield to protect its fellow Ocean Crawlers from damage.

Upon defeat, an Ocean Crawler has a chance to drop: