Currently, Phantomballs can only be acquired from inside a Cannonball Crate of the Damned. A single ghostly Cannonball Crate is dropped by the Burning Blade during a Ghost Fleet World Encounter.

Phantomballs are used as ammunition for loading up and shooting with Cannons. A Phantomball needs to be loaded inside an empty Cannon before it can be used as ammunition. Phantomballs emit a green ghostly smoke akin to Green Cursed Cannonballs from the Cannon when loaded. Once a Cannon is loaded, the player can manually aim the cannon with Directional keys and then Shoot the projectile with the Primary Use key. As the fired Cannonball's firing trajectory and arc is influenced by the angle of the Cannon and the sailing speed of the Ship, hitting targets with Cannonballs requires some practice.

Phantomballs are identical to regular Cannonballs in damage, range and arc. The main difference between the two projectiles is purely audio-visual.

"A tormented spirit from a spectral realm. It strikes like a cannonball." 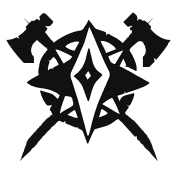