Plunder Valley is a Large Island located within the region of The Ancient Isles at coordinate G-16.

It is a mountainous island which has several levels spiraling upwards. The island is somewhat divided by a valley running from the southeast corner (by a wrecked galleon) to the southwest corner, leaving a smaller hill on the south end of the island, disconnected from the main hill. Caves are strewn throughout the main hill as well.

Find the cliffside camp overlooking the North East seas on your way, when this is done then music play 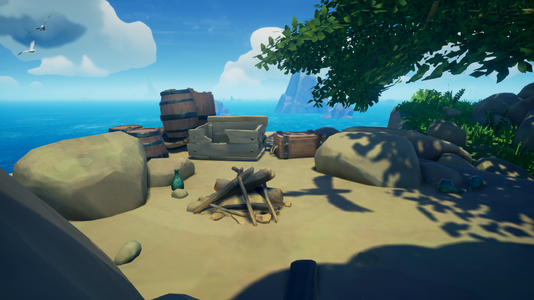 Mark of the Blood Red Hand

At the Mark of the Blood Red Hand on the North coast something is hidden here, read me and it shall appear 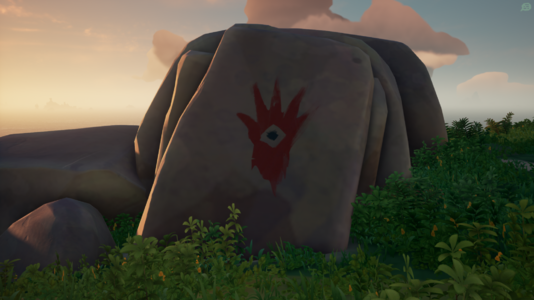 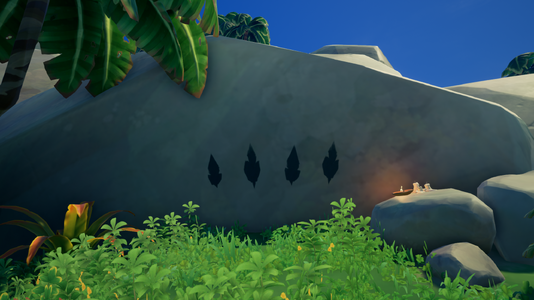 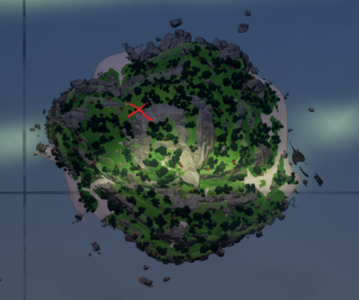 Scarab Hidden at the Edge

At the scarab hidden at the edge of the North East beach something is hidden here, read me and it shall appear 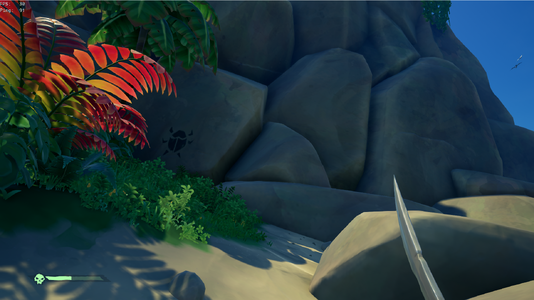 At the stone gate to the North something is hidden here, read me and it shall appear 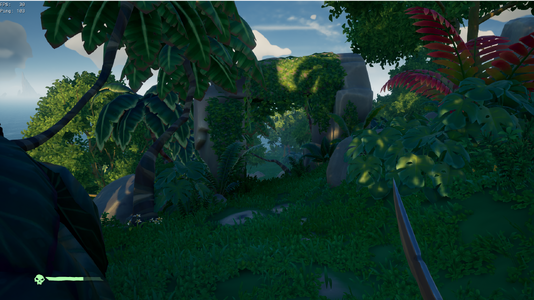 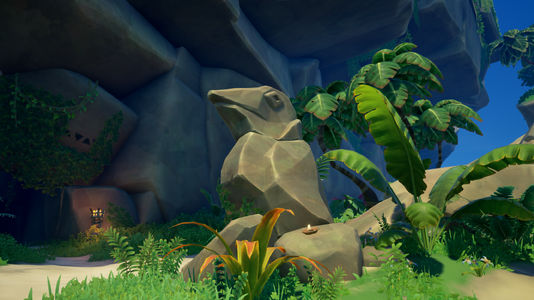 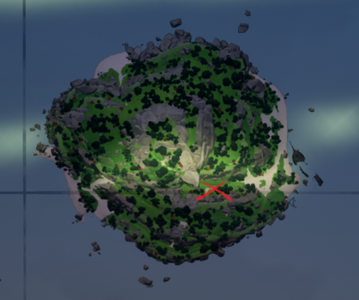 Trumpeters in the Shadow of the West Peak

Find the trumpeters in the shadow of the West peak, if I remember right, 8 paces South, unearth my gold there you might 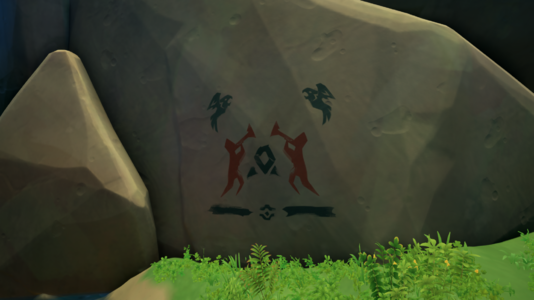 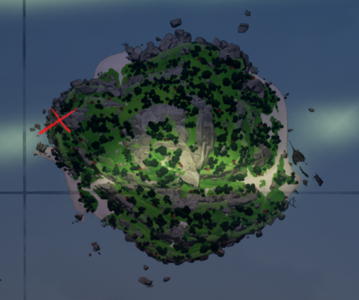