Sailors' Bounty, also referred to as Sailor's Bounty, is a Large Island located within the region of The Shores of Plenty at coordinate C-4.

The island is a archipelago, consisting of several islands: one large main central island with several islets to both the North-East and South-West. Together they form a curved shape reminiscent of a banana. There is a system of caverns and tunnels within the central island.

Find the crossed palms on the far West island, this riddle bewitches, 5 paces North-by-North East, will your shovel strike box of riches? 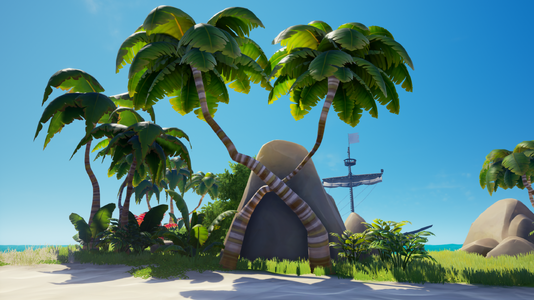 Seek the cursed skull piles on the main island in this hunt for gold, raised up lantern shining bold 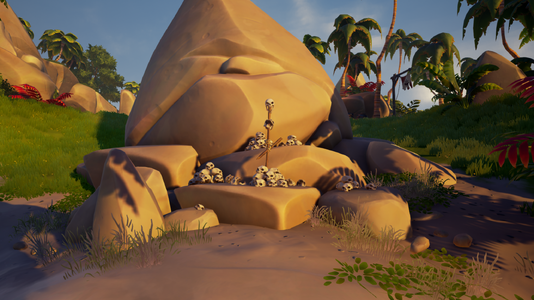 At the shrine in walls of stone, if ye read this map a clue may be shown 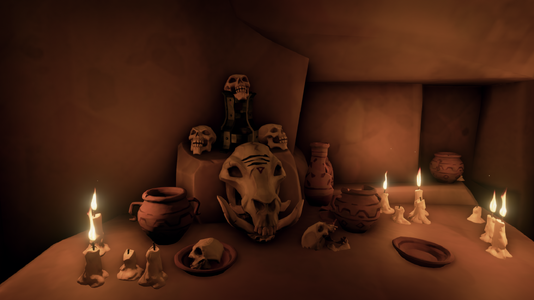