Shark Bait Cove is a Large Island located within the region of The Ancient Isles at coordinates H-19.

It consists of a series of small, crescent shaped islets roughly forming three circles of land connected by rock & plank bridges. Several stone shark statues can be found here, with a shark shrine located at the island's middle. There is also a relatively deep coral basin in the middle of the island.

The following Tall Tale and objectives take place on this island:

Find the campfire at the remains of the fishing camp on the South West shores, I wonder what this journey will yield, stride 6 paces South then ye shovel wield 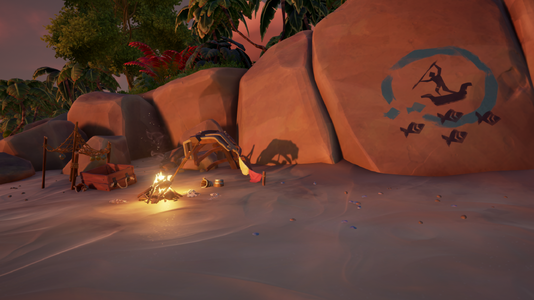 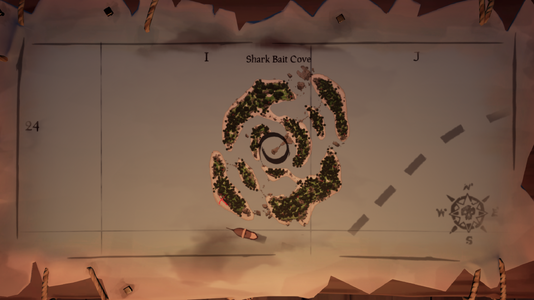 The Looted Stores on the West outer ring seeks lantern bright, discover it then make it bright 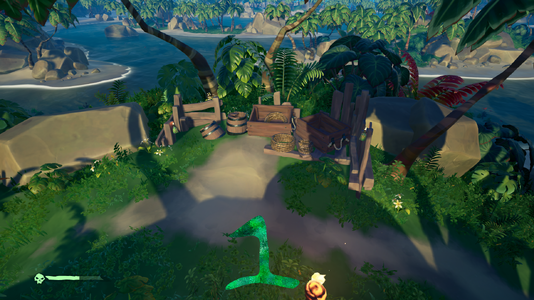 At the Rumrunner's Cache on the North West outer ring ye reward is almost found, 5 paces North and break the ground 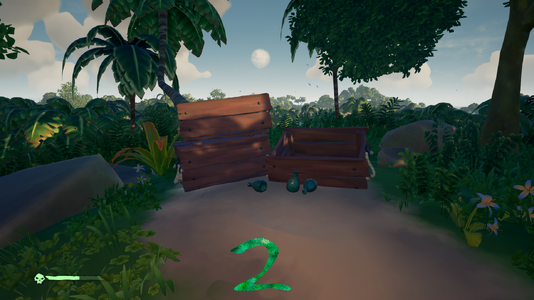 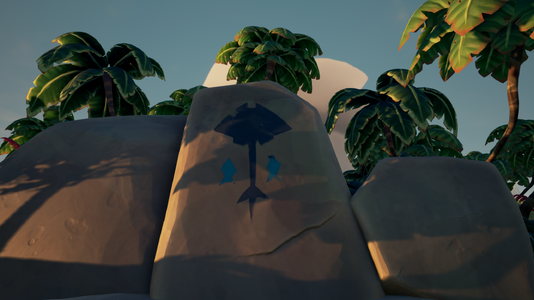 If hidden plunder be your aim, at the painted adventurous divers on the North outer ring lift lantern flame 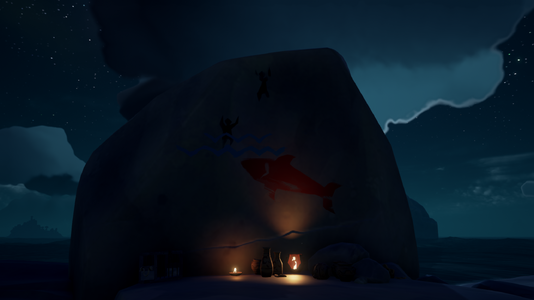 Find the shark statue on the West outer ring, keep a weather eye, 9 paces South West your shovel now worth a try 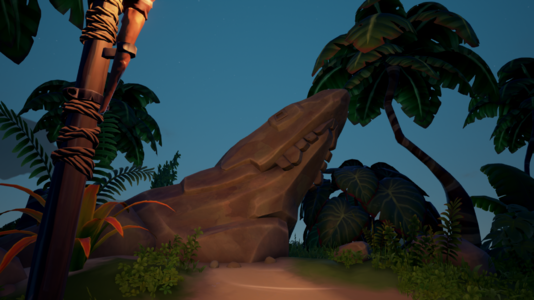 At the three fishermen overlooking the eye of the island prove your worth, 6 paces South-by-South East, are you ready to break the earth? 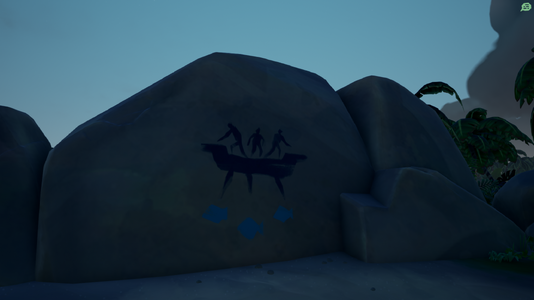 Lone rowboat on the South East shores lies an ancient mystery, lift ye flame high for a chance of victory