Smuggler's Bay is a Large Island located within the region of The Shores of Plenty at coordinates F-3.

It has a natural rock formation which creates an arched gate that players must sail through in order to anchor inside the bay.

Find the barrel maker's grave to the West, this riddle bewitches, 7 paces North East, will your shovel strike box of riches? 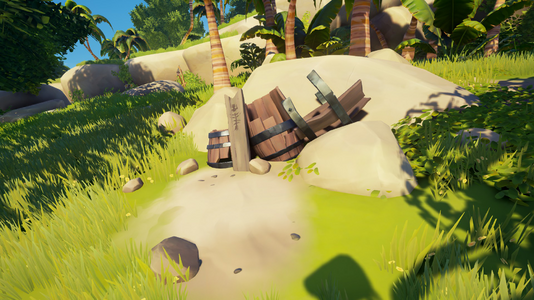