Snake Island is a Large Island located within the region of The Ancient Isles at coordinates K-16.

It is comprised of three islands, one larger central island with one small island to the east, and another to the west. They are separated by small straits of water which can be safely traversed by ships. A tunnel bores through the central island, with cannons pointed off the south side.

The painted red flower on West island beckons it's quite a sight, lift flickering flame and all is right 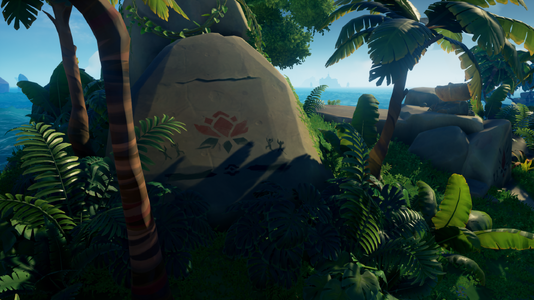 Stop and seek the stone beacon on the far West island and be that soon, prepare to play your merry tune 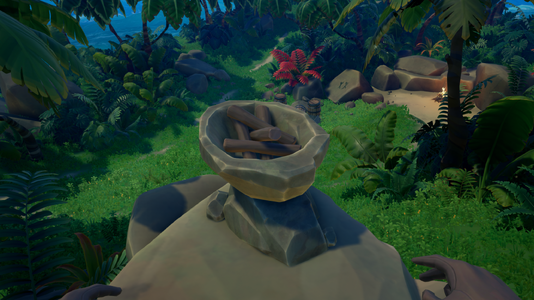 Walk to the three skull warning looking out to South East seas then honest toil, 7 paces East, your well-earned prized lies beneath soil 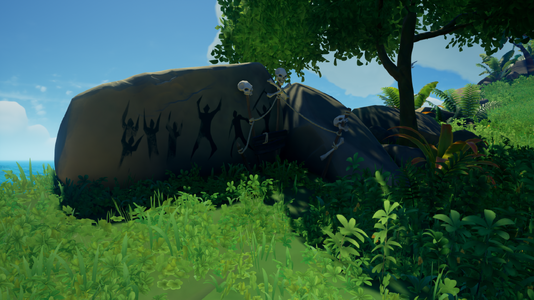 To the flagpole bearing a tattered flag on the central island on legs that weaken, rest a while and hold up a beacon 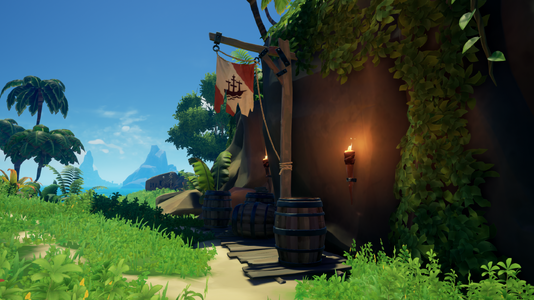 Find the three tallest palms on the far East island, a road to fortune with shovel's blade, 7 paces East-by-South-East, a hole needs made 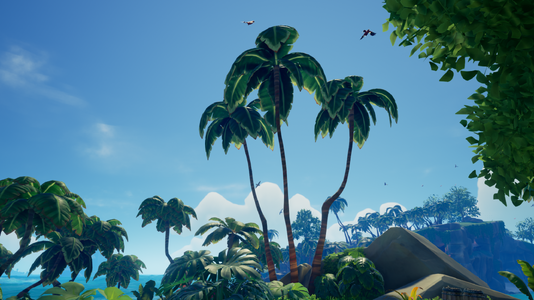 Uncovering the stone serpent at the highest point would be sound for thee, sound to hear a tuneful plea 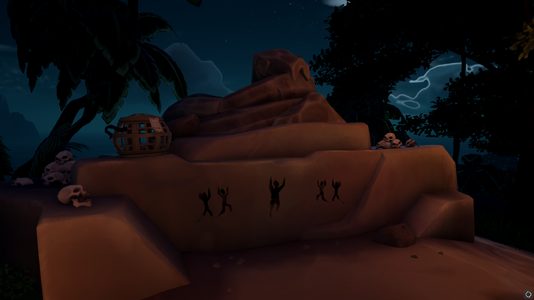 The great Snake God overlooking the beach beckons it's quite a sight, lift flickering flame and all is right 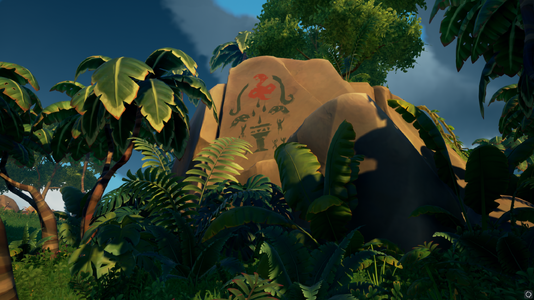 Find the Lone Turtle memorial on the East island, a road to fortune with shovel's blade, 5 paces West-by-North-West, a hole needs made 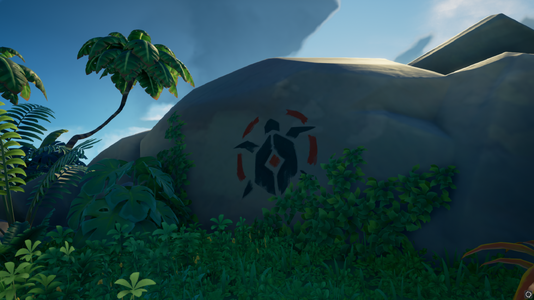 Seek the secluded beach of the West island, keep a weather eye, it lies in wait for a light held high 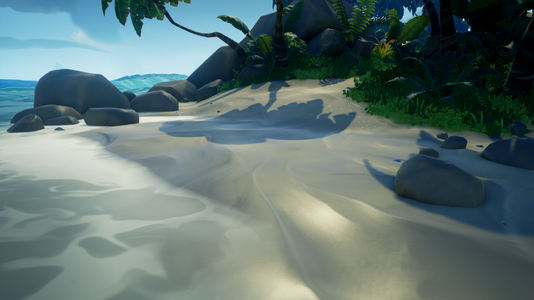 At the Sunstone on the South West beach of the largest isle prove your worth, 9 paces West-by-North-West, are you ready to break the earth? 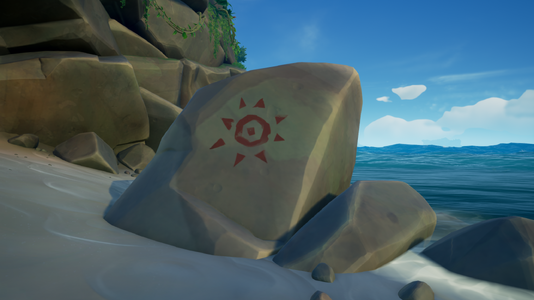 At the narrow passage guarded by snake heads something is hidden here, read me and it shall appear 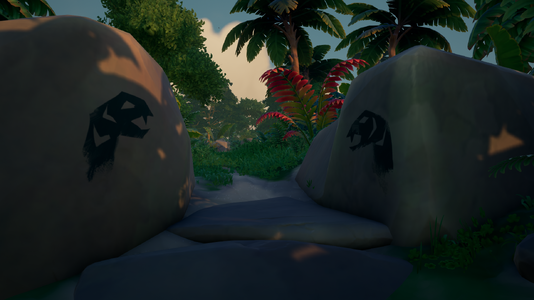 At the Endless Lizard in Gunpowder Tunnels, do or die, it lies in wait for a light held high 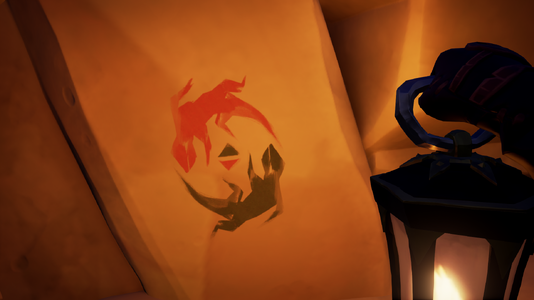