The Stronghold Skull is a type of Bounty Skull in Sea of Thieves. Bounty Skulls are cursed remains of Skeleton Captains that hold memories and secrets of their past lives. These memories can be extracted by Order of Souls Madames on every Outpost. As these memories are valuable, they are willing to buy the Skulls for Gold and Reputation.

Stronghold Skulls can be found from the following sources:

Stronghold Skulls can be sold to:

The following is the reward chart for the sold Skull: 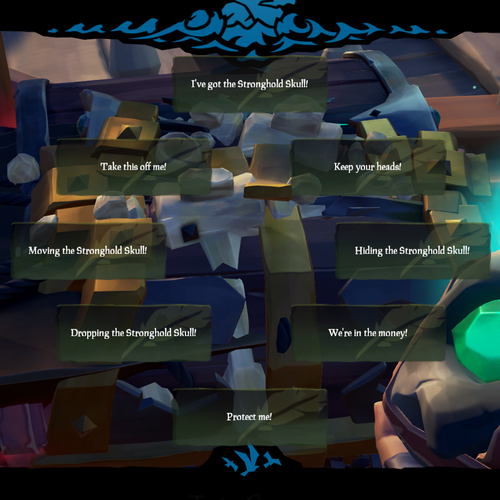