The Crooked Masts is a Large Island located within the region of The Wilds at coordinate O-11.

The island is formed of two rocky spires with spiral ledges and caves around each. It has several large rocks surrounding its shores, with a few crashed ships nearby.

Find the drunken grave digger, this merry dance will be your worth, 8 paces West-by-North West and break the earth 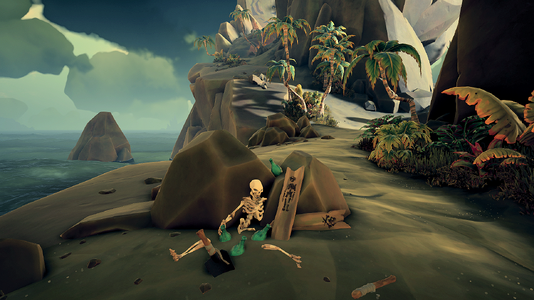 Discover the Highest Ground on this land, spirits lift like lantern in hand. 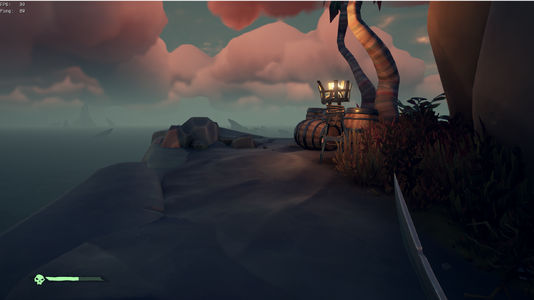 Find the anchor at the Kraken slayer's grave, this riddle bewitches, 8 paces South West, will your shovel strike a box of riches? 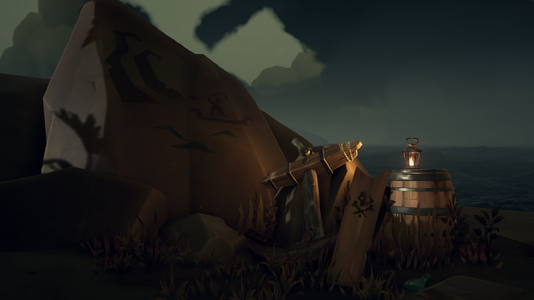 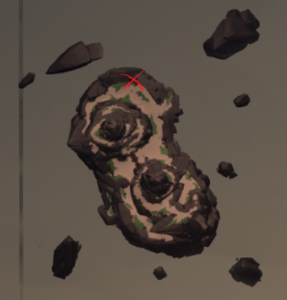 Discover the Painted Storm on this land, spirits lift like lantern in hand. 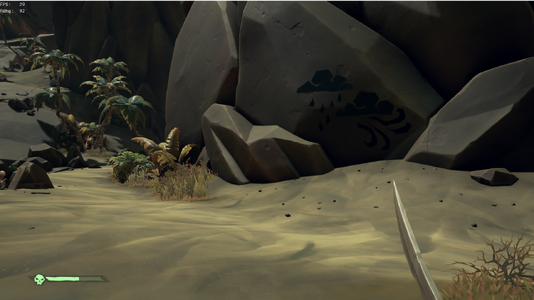