The Sunken Grove is an island in Sea of Thieves situated in The Wilds.

This island is on the larger side of islands in Sea of Thieves.

The Sunken Grove is a rocky island with Southern and Western shores, and a narrow pass under a naturally formed bridge on the South end. In the center lies a pit containing a small waterfall pond, with a path spiraling down the cliff sides. There is also a cave behind the waterfall with glowing lichen on the walls, sheltering a campfire.

There is also an Ammo Chest on the island.

Find the campfire at the fishing camp on the West shores, keep a weather eye, 8 paces North-by-North East your shovel now worth a try 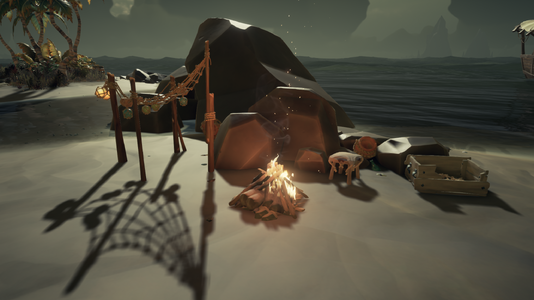 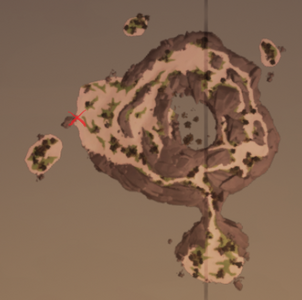 The Campfire in the Cave

6 paces North from the campfire in the cave near the lowest point encased in land, dig for bounty where ye stand 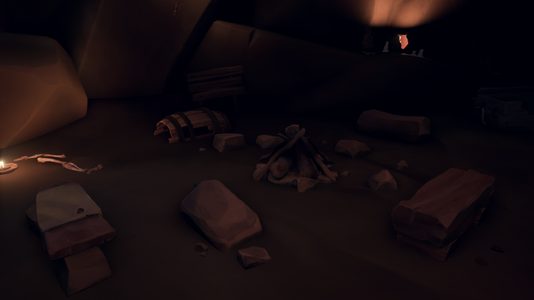 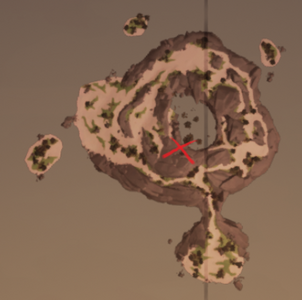 At the monstrous remains on the North West beach ye reward is almost found, 10 paces South East and break the ground 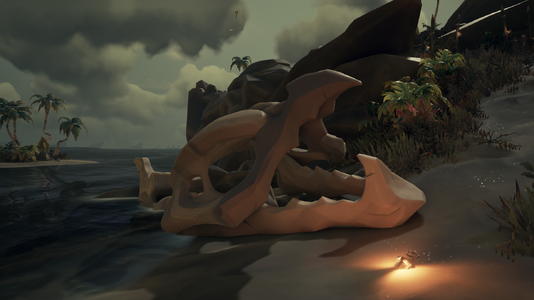 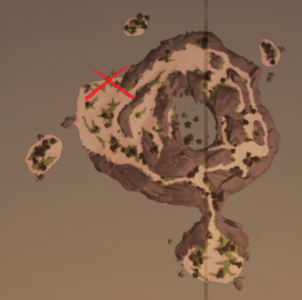